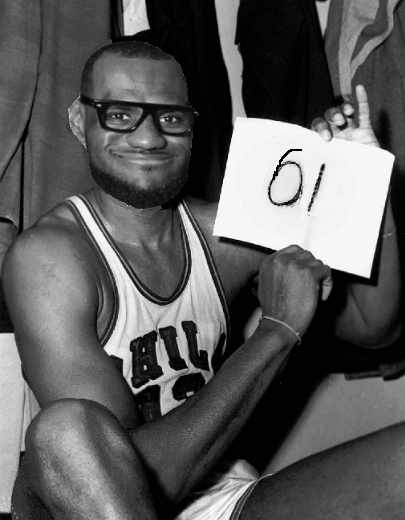 Lebron James has been on a tear recently and last night he delivered an epic game, scoring 61 points. Even though it was against the Bobcats, they are rated as the 6th best defensive team in the league.

It was an epic performance, even though there are some stans who write it off saying, Carmelo’s 62 was better and Kobe scored 62 in 3 quarters. Whichever way, it was still epic and Lebron has proven once again that he is a once in a lifetime player.

Lebron James Gets Own Sprite Flavor “6 Mix”. Coming to a Shelf Soon

Lebron James Spits That Hot Fire! Is He a Rapper Now?